The name Tahoe (the lake in California/Nevada) is Washo for „big water.“

The state name Utah is from the Ute tribe, meaning „people of the mountains.“ 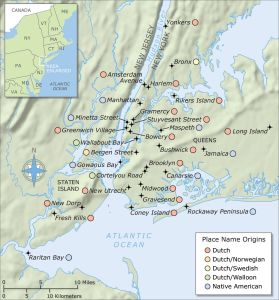